Originally a voice/bass/processing project with singer Karin Karian, tarofonika rapidly took on a life of its own. A limited number of albums (The Garden of Mechanical Birds, Wrong Kind of Sense, Potato and others) were released and sank without trace; only 2004's Give Everyone You Meet a Melon has survived to reappear on Bandcamp in modified form.

Remix released (as 'tarafonika') on the Boltfish compilation Patchwork in 2005

The following interview was conducted in 2007 as part of the soundLAB NewMediaFest project. At the moment it's still online here ... these things tend to disappear and I stand by most of the content, so it seems worth preserving.

When did you start making music, what is/was your motivation to do it?

Played french horn for ten years from the age of 9; took up double bass in my mid twenties, after seeing the astonishing Marcio Mattos play with Akemi Kuhn & Eddie Prevost; began experimenting with tape loops & cut ups in my teens.

Tell me something about your living environment & musical education

I'm self taught; my only qualification is in philosophy. Live in south east Dorset in the UK but am touring a lot, so I'm rarely home. I have a tiny studio at the bottom of the garden ...

Is making music your profession?

I've made a living playing double bass from around 1990 onwards. These days the bass playing is augmented by a little studio production work, but most of my income still comes from playing - jazz, abstract improv, and latterly more roots/acoustic singer/songwriter stuff

How do you compose or create music or sound?

The tarofonika project centres on the use of the double bass as sound source, processed through software of various kinds - mainly but not exclusively audiomulch. The bass has wonderful scope - a huge variety of raw noises, an almost endless range, a rich upper harmonic series. And it's an instrument I've become very comfortable with: it's relatively easy to improvise on, and expressive enough to warm up the sometimes rather flat and soulless effects of the processing.

Compositions tend to begin with a germ of an idea that I'll notate or record; once started they take on a life of their own, and I tend to get more success from letting them follow their own path rather than forcing them into a predetermined form. At its best the form creates itself.

I do apply principles, but they're constantly in flux. Each piece has its own rules - a lot of engaging music can come from pushing against self-imposed boundaries.

In general I try to filter acoustic sources to create something organic - pure electronica is too cold for me, on the whole

Tell me something about the instruments, technical equipment or tools you use?

Bass and voice as sound source; computer I built myself - it's a stripped down pentium IV thing. Sometimes use other hardware - a looping pedal, or toys & devices to attack the bass with; have written several pieces for media such as a strip of acoustic tape bowed across a tape head, an idea stolen from Laurie Anderson

What are the chances of new media for music production?

If I've understood the question, new media & particularly the computer have opened up limitless worlds for sound production. Which beats struggling with tape loops & coffee tins. But there's a serious downside: a limitless amount of inconsequential noise is now available; things that sounded fresh & exciting ten minutes ago can seem charmless now; overcoming the restrictions of inadequate media can lead to some fantastic music, whereas a field in which anything is possible can lead to a lot of stuff that has little or no value.

How about producing and financing your musical productions?

The tarofonika thing feels like a not-for-profit charity organisation most of the time. I finance it from my more mainstream musical pursuits, which allows me some limited indulgence. I wish I could devote more time to it.

Do you work individually or in a group?

Because my other musical life invariably involves playing with others, it's a relief to work on my own with the tarofonika project. Some abstract improvising groups i play with occupy similar territory - the Reeve/Foot/McDade trio, the almost legendary Armchair Harpoon with guitarist Rob Palmer, cellist Stan Adler and Paul Chauncey using live electronics ...

I'm open to the idea of collaboration but find it hard enough at the moment to make time for solo projects.

Is there any group, composer, style or movement which has a lasting influence on making music?

Too many to mention. Because I came to this through abstract non-idiomatic improvisation, the movement that began with Derek Bailey and others in the UK has had a lasting influence, particularly the work of Barry Guy & Evan Parker, and the latter's electroacoustic ensemble. A partial list of names : Ligeti, Stockhausen, Cage, Charles Mingus, Henry Threadgill, Laurie Anderson, Christian Marclay, Bjork, Tom Waits, Ivor Cutler ...

What are your future plans or dreams?

Heading towards installation pieces, live performance, and some visual aspect to the processes

Rick (Richard) Foot was born in Bogota, Colombia in 1854. Graduating from the University of Colombia with a degree in metaphysics, he moved to Europe in the mid 1880s and published a series of celebrated articles, though the most notorious of these, a defence of FH Bradley from a Kantian perspective in Proceedings of the Aristotelian Society vol XVII, was later condemned by Russell as "largely spurious."

At the turn of the century he moved to Paris and there constructed his Celestial Pantechnicon, a random tone generator made entirely from wrought iron and string ... his laconic description of this device to Werner Heisenberg is thought to have influenced or at least prefigured a significant strand of twentieth century physics. At its debut performance the machine caught fire, an occurrence variously attributed to corrosion, rats, or the intervention of a beneficent deity.

The 1930s saw the world premiere in Budapest of the first of his several string quartets, and a failed attempt in partnership with Pierre Menard to rewrite the entirety of western literature in a 150 page volume of 10 point type.

After a largely undistiguished wartime career he disappeared into obscurity, re-emerging in the 1960s in Albania as perhaps the only significant member of the postserialist Dau collective.

A trickle of increasingly ambitious works followed. His series of pieces for virtual orchestra lacked the technological or indeed practical facilities to allow performance; later compositions relied on an ever more bizarre & ephemeral succession of improbable media - ice, sand, near-vacuum - to the extreme irritation of all concerned.

Vain attempts at a putative collaboration with the late Georges Perec resulted in a retreat into virtual existence.

He currently lives in a small shed in south east Dorset and has ambitions to be a puppeteer. He collects biscuits and his favourite colour is tarquin. 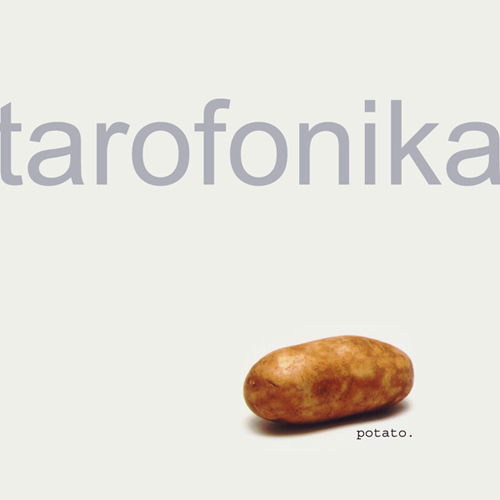