This will serve as a holding pen for compositions both conceptual and actual, as much for my own reference and amusement as for anyone else's benefit.

While sifting through old scores, I came across the original notes for 50 photocopies of a Rain Machine, a conceptual piece which surfaced on a pre-release album and promptly vanished. If followed to its conclusion it would have produced over four billion different iterations... At some point I'll get the score online, and perhaps the audio files with some means of layering them to create your own bespoke version.

In the meantime, below is a link to a gesture in the direction of an explanation, along with an essay originally published in Subha Mukherji's Thinking on Thresholds: the Poetics of Transitive Spaces; and song lyrics, a few lead sheets and some fits and starts. A version of the Theme for Simon Reeve, constructed from parallel tone rows, may appear on the forthcoming Reeve/Foot album Six Improbable Structures.

Thresholds in Improvisation: Freedom, the Eternal Present and the Death of Jazz

Fifty Photocopies of a Rain Machine: an explanation 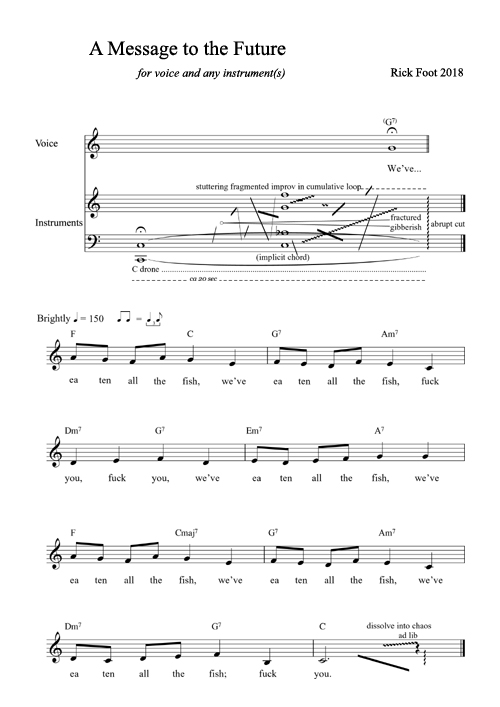 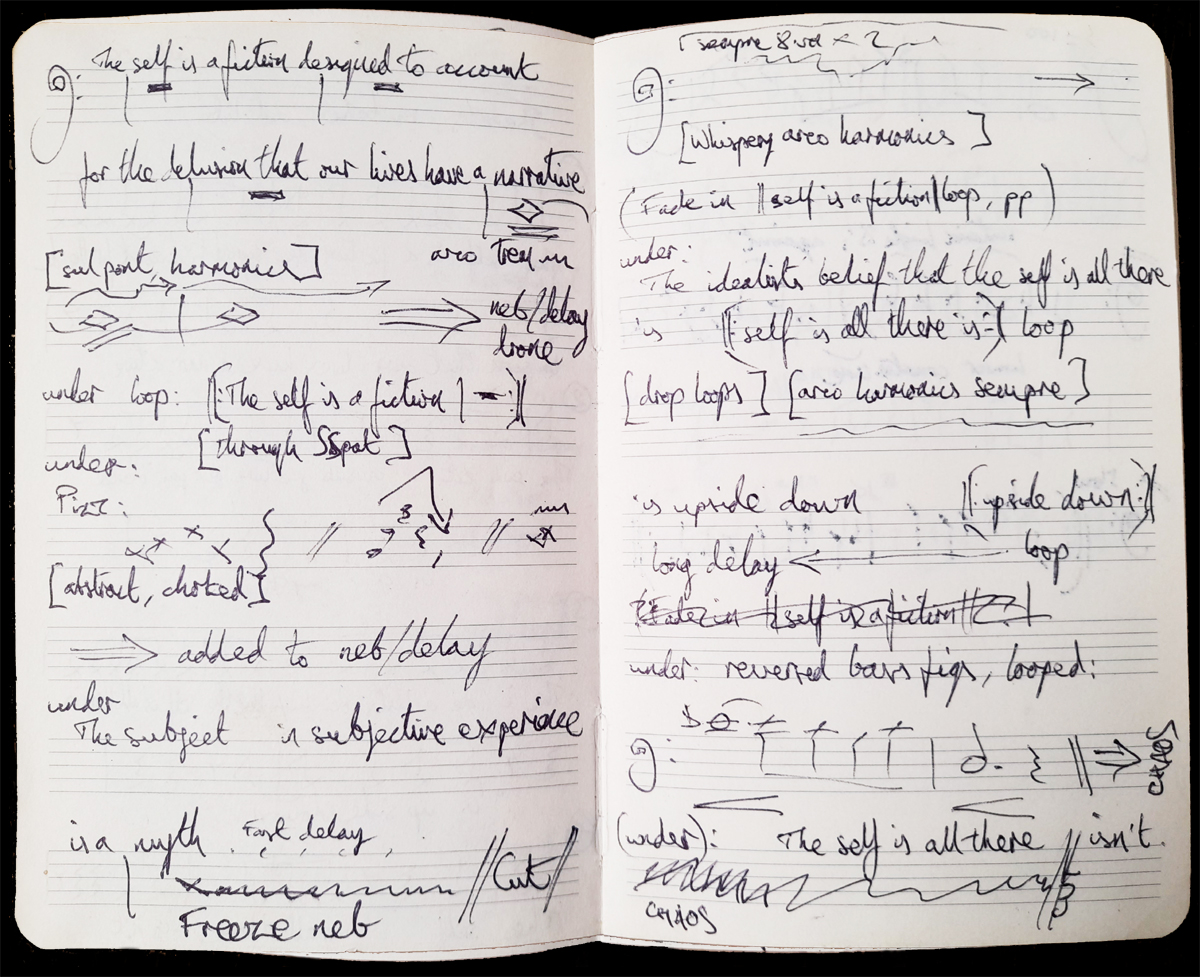 Sketch for a phenomenology of identity 2006

Some of the lead sheets below are for as-yet-unrecorded or unreleased material. If you're looking for something that isn't here, I can probably provide you with a sketch, at least.

Though I can't guarantee legi- or playa- bility.

A Message to the Future 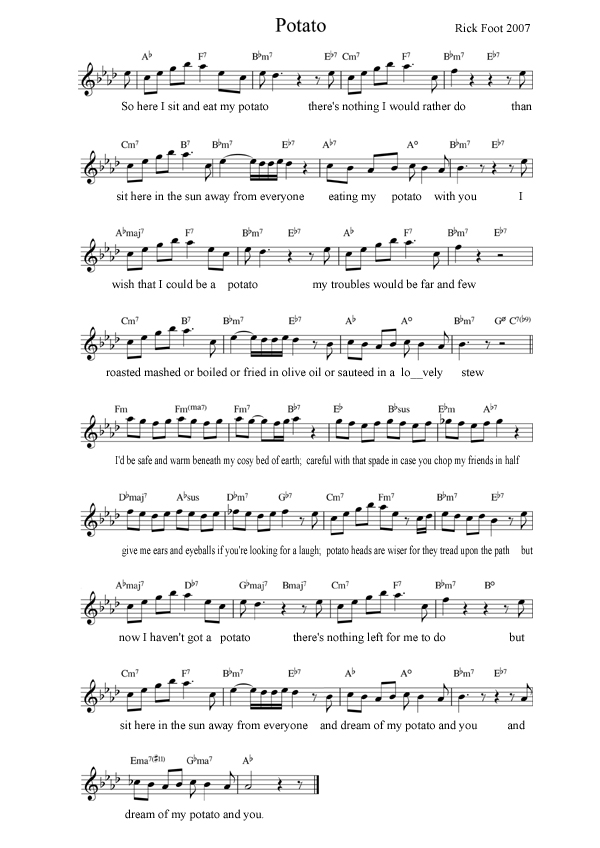